Are electric choppers and what we need for the future.

We can’t rule out the possibility of having and owning electric choppers in the near future on our roads.

They may be part of our future sooner or later thanks to the hard work of people like Bruno Forcella.

Burno is an electrical engineer who became inspired to have electric motorcycles on the road but with a more bad ass look.

Why An Electric Chopper? 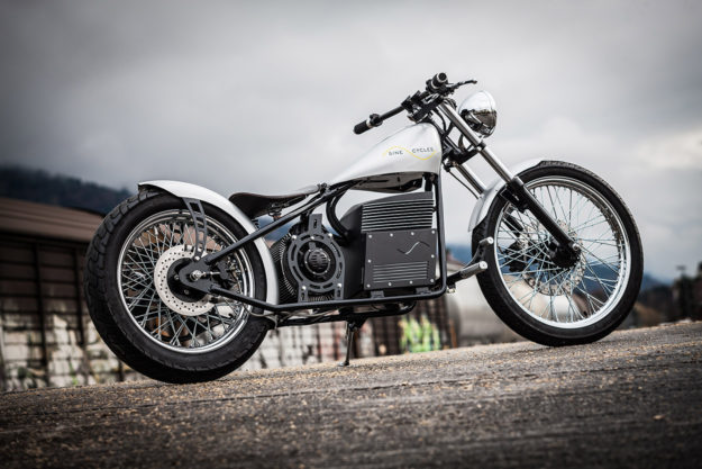 Bruno Forcella wanted to come up with a design that would work and fit well with the current changing technological trends with modes of transportation in the market today. Forcella points out the main components of the motorcycle.

The electric chopper comes with a heat sink, battery housing and a good looking motor that’s highly efficient and functional at the same time.

The initial concept and design came from working on a second hand Cleveland Cycle works Heist. He stripped it down and altered the initial design by de-tabbing it.

Later on, he altered the design to hold in place the electric drivetrain. The bike works so well that it’s able to send power to the back wheel. It also has good speed going at about 120km/h.

An electric motorcycle is a good bargain because it can be used for long distances knowing there’s sufficient energy stored in its battery to keep it going.

The electric chopper has its advantages too. It uses Zero’s App. This enables it to work well with other technological designs in the market making it a great bargain.

It can easily be synced via Bluetooth and feed the essential bike statistics to the user. This enables the bike to programme the electric motorcycle programme with its own riding modes.

The engineer designed the motorcycle by wedging the mill into the frame and finishing it off with a cool black finish to add contrast to it. A touch of minimalism is put on the bike making it less cluttered.

The rest of it has been created with the traditional conventional parts of ordinary choppers. The engineer fabricated the spring mounts. He also put in place the license holder himself. 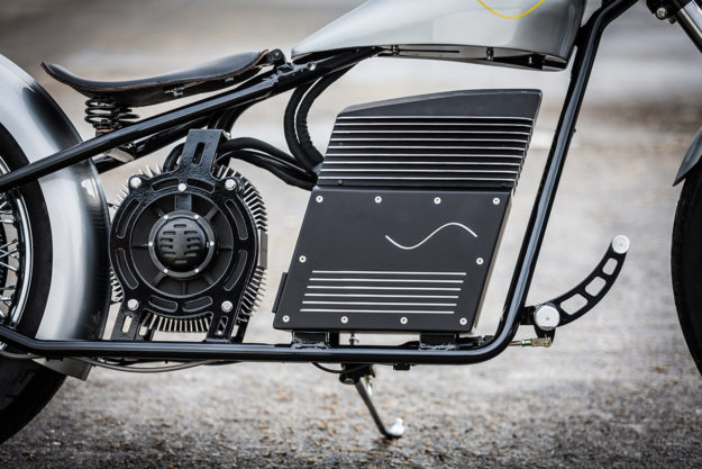 The motorcycle comes with a Cole Foster tank. The tank doesn’t contain any fuel but contains the electric components used by the zero engine to make it work better. It isn’t street legal yet but it’s definitely a force to reckon with in the near future.

Acceptance Into The Market

After completion of designing the bike and testing it to make sure it’s road worthy it was important to get views from bike enthusiasts who’d give their views on the bike.

Some people appreciate the concept and think it’s the right direction for the future but some people totally dismiss it once they realize it’s electric!

Most people have told Forcella that the bike's concept is amazing but it was designed too early for people to embrace it fully today.

Most people think the world isn’t ready for an electric chopper but change isn’t always accepted immediately. The feedback on the electric choppers design is very positive.

There are many inquiries from readers wanting to know more about the design and how it works. The electric chopper needs more range and that’s one thing the owner of the motorcycle agreed.

How Does It Feel To Own One?

There’s very little maintenance done on the bike. This is because oil changes or filters aren't done on the electric motorcycle. Spark plugs and timing belts aren’t replaced either making it a great bargain if they’re ever introduced in the market in the near future.

Electric choppers may become a part of the chopper industries future if we embrace the concept and the design. The alterations made on it are minimalistic and the design doesn’t vary extensively with regular choppers and bobbers. Obviously the major difference with regular choppers is that they use fuel while electric bikes use stored electricity after charging the motorcycle's battery.

The electric chopper motorcycle may be great bargain because it will save you quite a bit on fuel costs. It also has fewer maintenance costs according to Engineer Bruno Forcella, who designed the motorcycle.

But you may have to endure a few laughs or taunts at biker rally's. At the same time you might get a few nods of approval as well.