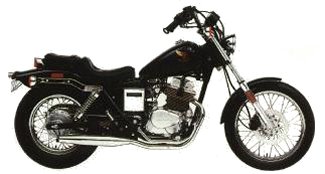 Are Honda Rebel Choppers Worth Your Time and Effort? You Decide...

The Honda Rebel, otherwise known as the Honda CMX 250 made its first appearance 1985. This little daredevil took to the highways, like a boxer takes to his ring. No one could have predicted the magnitude of impact the Rebel would make on the cruiser industry. Once thing that can be said with no argument, is the Rebel is here to stay.

Still in production today the Rebel is a member of Hondas popular CM series, or Custom Motorcycle series. Along with the Rebel stand the Nighthawk, CM 450, and the CM 200 T Twister. All which are highly respected machines.

The CMX 250 was obviously designed to replace the Yamaha XS 400. Honda aggressively targeted the daily commuter with its modern design and economically efficient starting price. With the advances in modern technology the Rebel phased out Yamaha, and changed the tide on the motorcycle battle field.

Growing in popularity the 250s 234cc displacement and impressive 9.4:1 compression allowed its famous "Parallel Twin" to carry its rider down the road at a devastating 85 MPH. This effectively attracted enthusiasts of many types. The overall impression of having a motorcycle that looked and felt like a "big boy bike" was enough to grab anyone's attention.

This Customized Honda Rebel Chopper (I hesitate to call it a chopper but it is so awesome I had to show it) was customized by a Japanese builder, Heiwa! 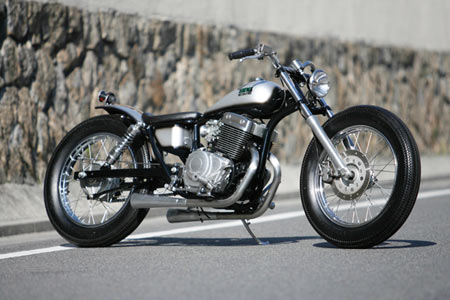 It proves what you can do with what some builders consider a laughable project (a Honda Rebel Chopper project). But it's all in the eye of the beholder, isn't it?

Weighing in at less than 400 lbs the Rebel began to attract many motorcycle enthusiasts of the opposite sex. For the first time women became increasingly interested in the Rebel's impressive cruiser design, and allowed our female counterparts to enjoy a smaller, and relatively safer motorcycle. This drastically doubles the Rebels popularity in the Motorcycle Industry.

Modern day Honda Rebel's and Honda Rebel Choppers still carry on the Hondas tradition set forth over 25 years ago. With modern technological advances Honda set themselves up for success with continuing the Rebel legacy. Today the Rebel has found itself in homes of all types. The most common of which belong to motorcycle safety education facilities located across the nation. Although this seems to be the most common it's certainly not the only thing the Rebel has earned its high rankings for.

The Rebels growing popularity once again sparked the interest of a different breed. This happens to be one of the longest living traditions in American history. The Rebel did not get so much publicity without attracting some of the world most talented and artistic motorcycle designers. These talented artists put their skills to the test. Bending metal, cutting frames, a weld here, and a weld there the Rebel Chopper and Rebel Bobbers were born.

With the help of some motorcycle enthusiasts the Rebel took on a new look. A look that will continue to follow the Rebel tradition, and open unlocked doors for many future enthusiasts a like. The Rebels modern appearance and inexpensive price makes it perfect for the foundation of many Honda Rebel Choppers and Bobber projects. As many of you will agree. Honda has done a fantastic job offering us such a great motorcycle that will continue to grab are attention, and inspire our imaginations well into the future.